It is getting spring in Punta Arenas (yes, two digit maximum temperatures are possible now!).

For one of the instruments this means time to go home. The 94 GHz radar LIMRAD94 from LIM has been turned off and packed on Sep 25. 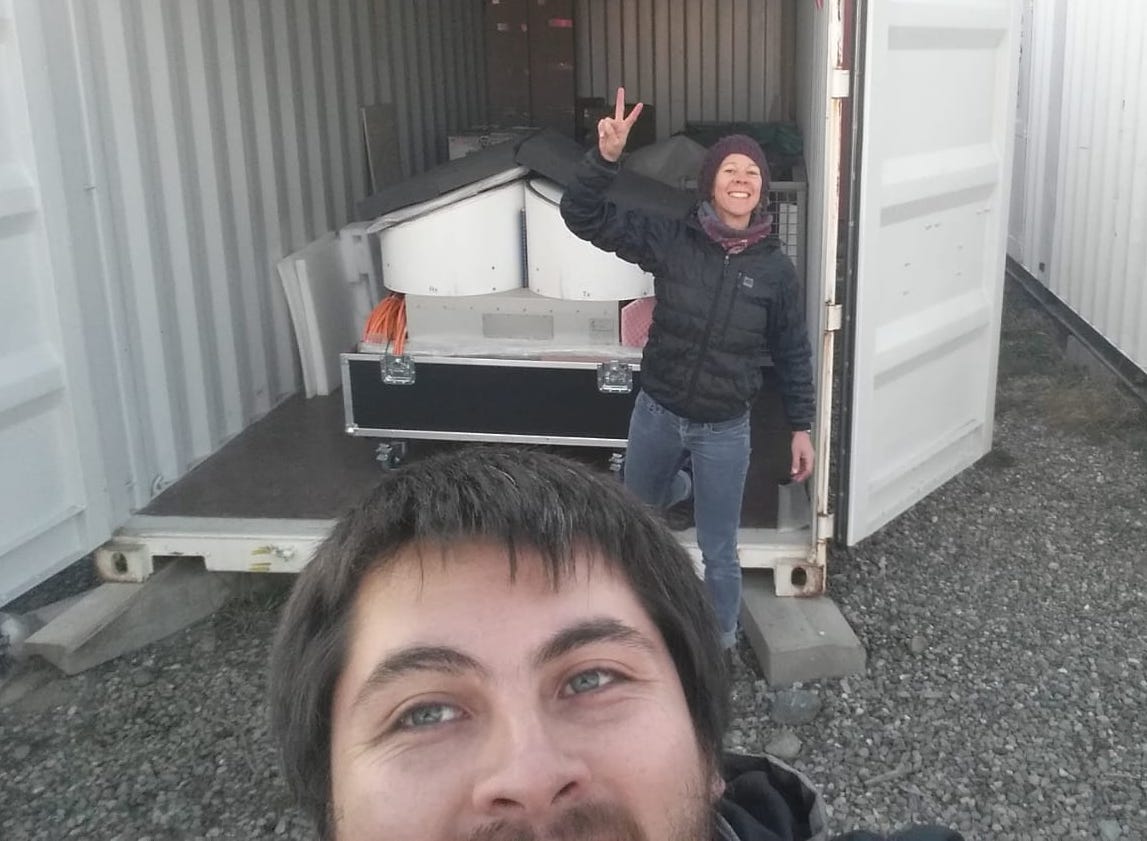 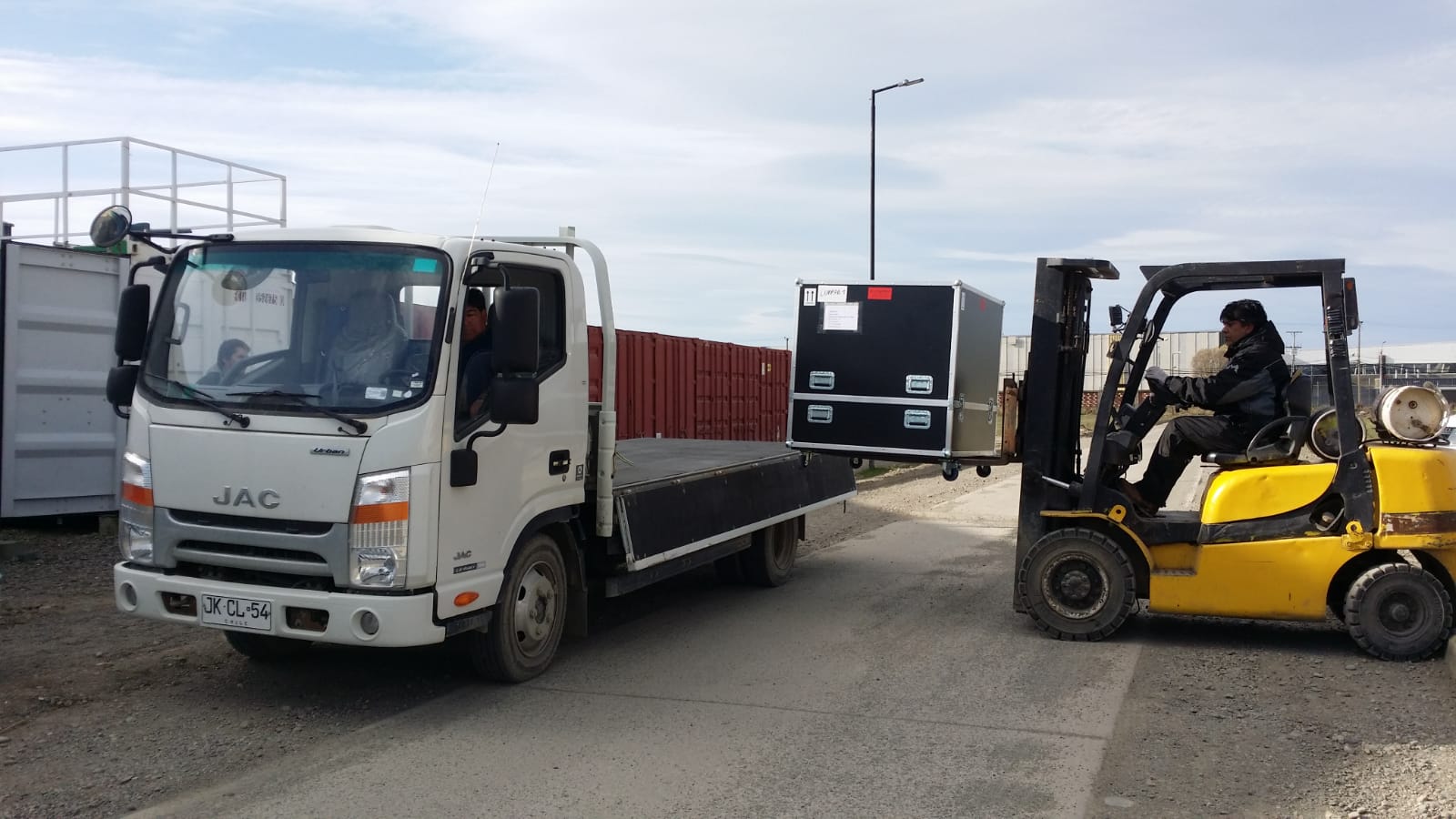 It has been gathering data non-stop for nearly 10 months and needs some maintenance before it can go onto its next adventure: a ship-borne deployment onboard the RV Meteor at the field experiment (eurec4a) off of the coast of Barbados to study trade-wind cumuli in the beginning of next year. Having radars point exactly to zenith on a ship is of course only possible with a stabilization platform. We will test the newly-built platform at the manufacturer RPG in Germany in October.

Have a save trip, LIMRAD94! 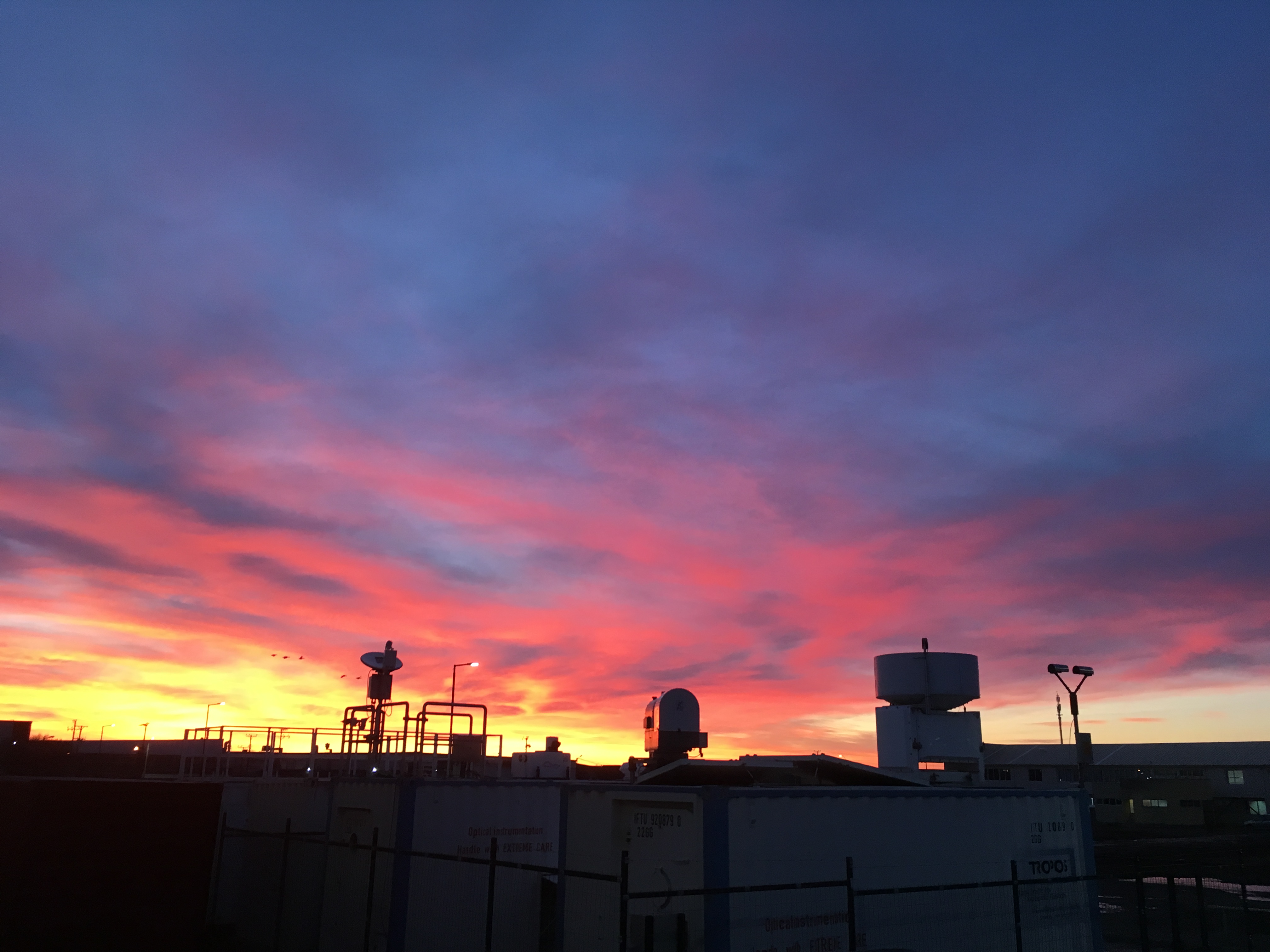 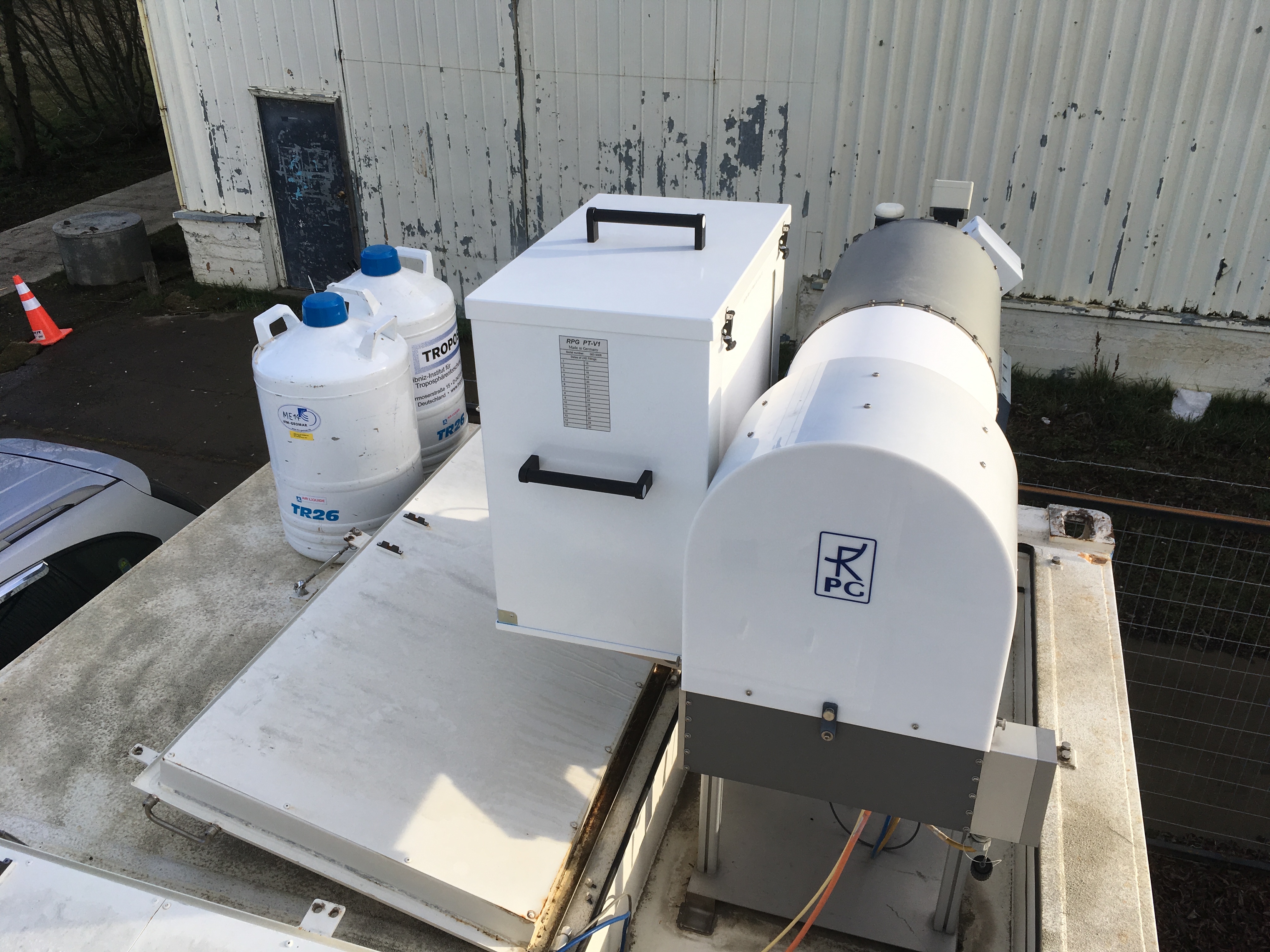 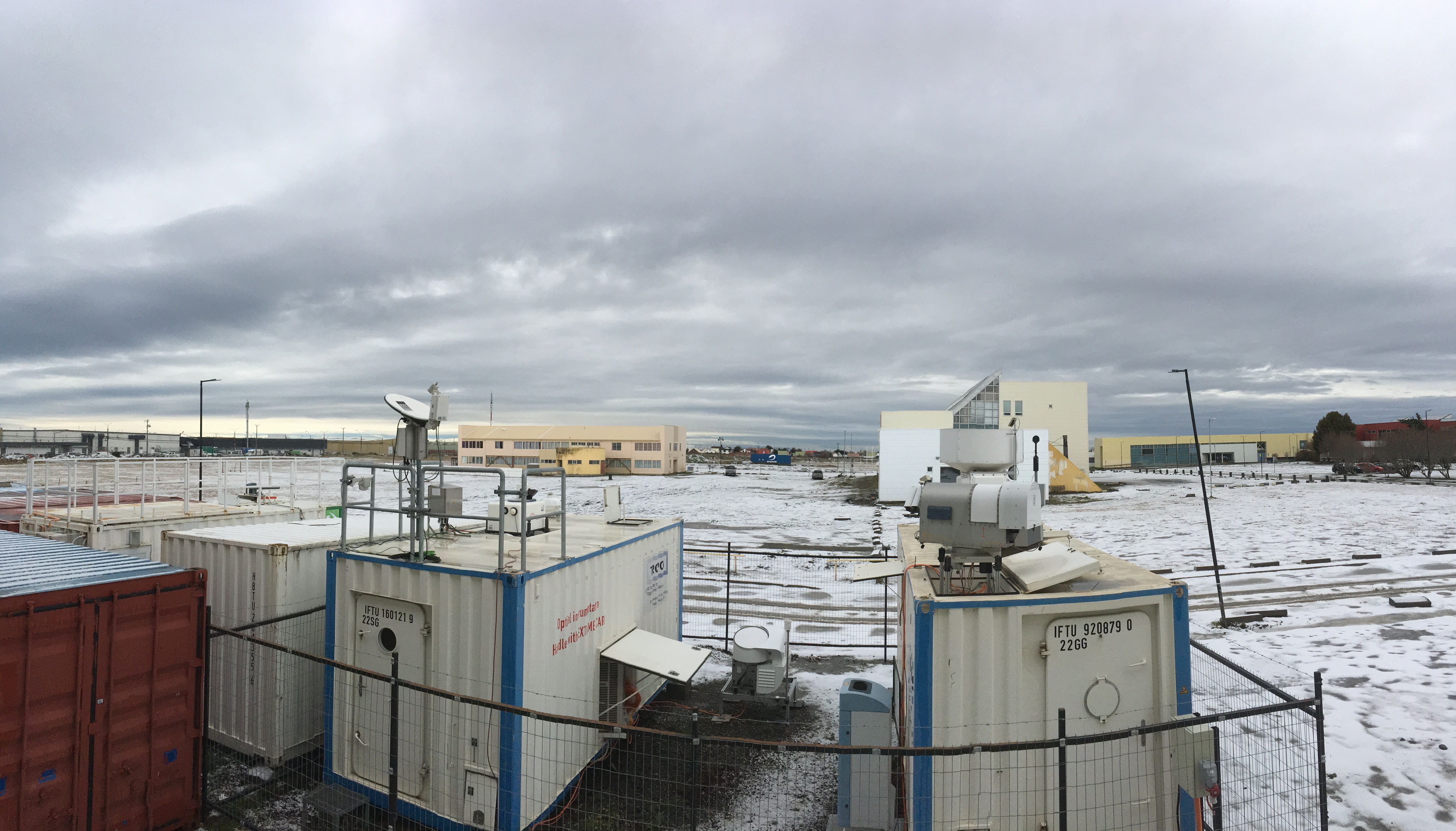 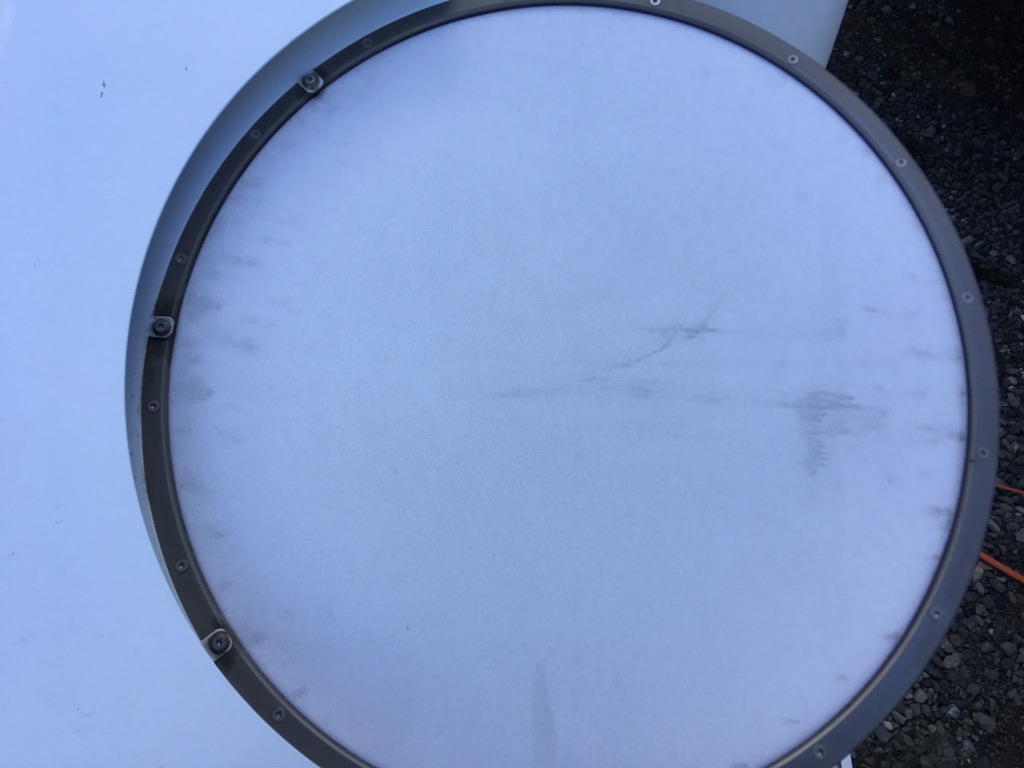 This is the old receiver radome of the 94 GHz RPG radar from the Leipzig Institute for Meteorology (LIM), short LIMRAD94. It transmits radiation at this frequency (94 GHz) through the transmitter antenna vertically upwards into the atmosphere. When the emitted microwave radiation reaches clouds and precipitation particles, is scattered. The part of the radar signal which is returned back exactly to the radar is measured by the receiver antenna. Both transmitter and receiver are covered with a so-called radome, that is a thin hydrophobic membrane, somehow similar in its material properties to those of camping mats: The sheets are very light and soft but still firm. On the upper side, they are covered with a water-repelling layer. 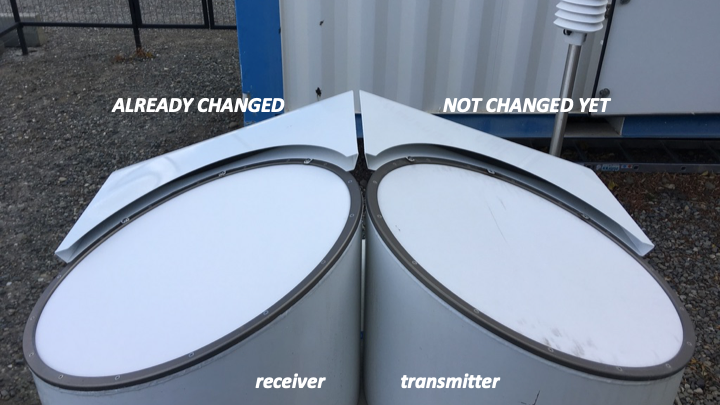 These sheets have to withstand all kinds of weather: Storm, rain, hail, heat and frost, just to name a few extremes.  Also, dirt and small debris that is sucked in through the blower which blow strongly over the antenna to keep water droplets from accumulating on the radomes leave their traces. As a consequence, the radomes age gradually and lose their water repellent property. The manufacturer thus suggests replacing the radomes after 6 months. We exchanged both the transmitter and the receiver radome this week. In the picture above, you can see a comparison between the receiver radome, which has already been changed, and the transmitter radome, which is not changed yet. You can see that they look considerably different: The old radome has some scratches and is a lot dirtier than the shiny, white and new radome on the receiver side. 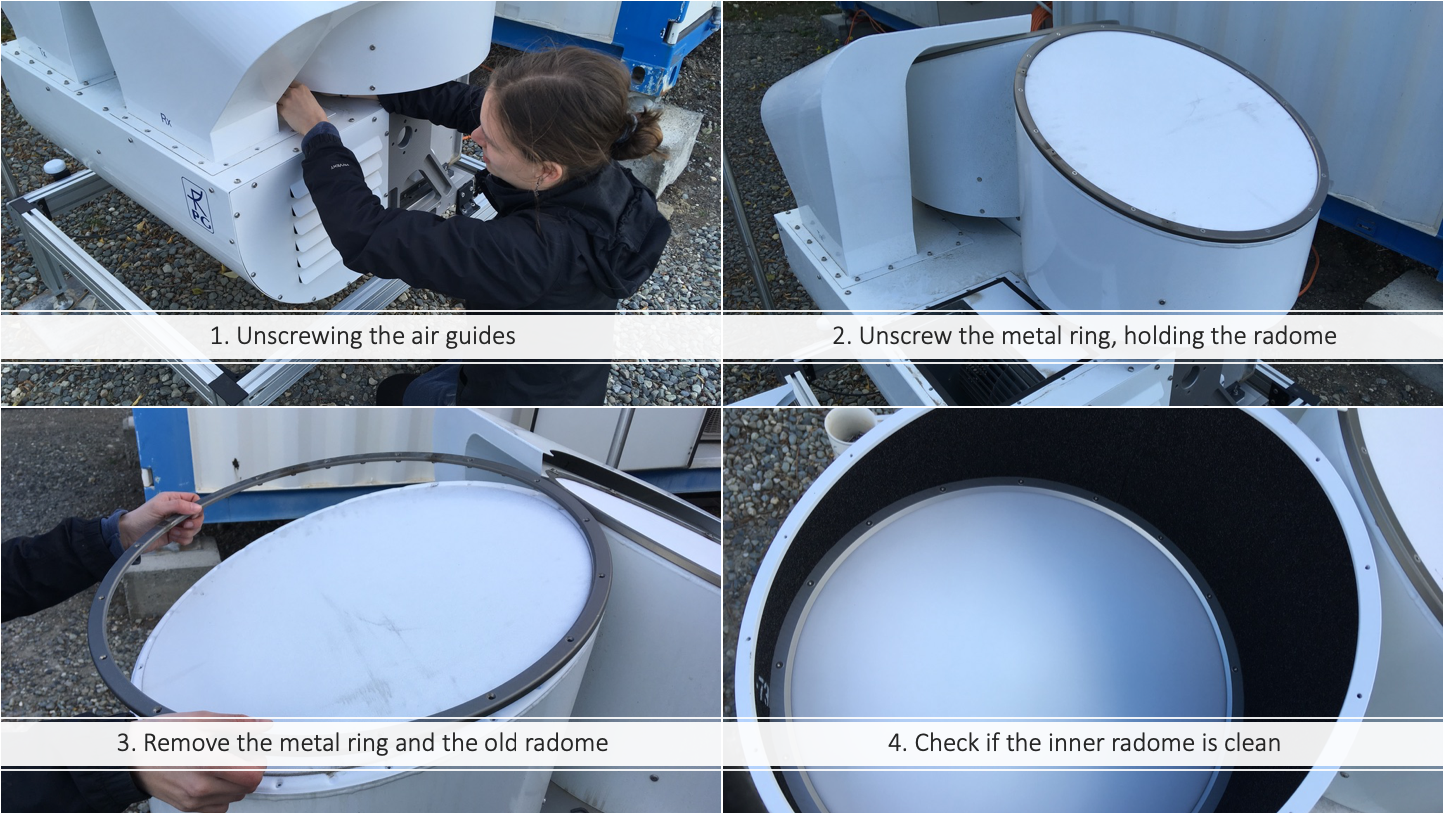 Changing the sheets was not that hard: First of all, of course the instrument had to be switched off. Then we started to remove all the screws fixing the old radome to the radar. It is fixed by a metal ring, which has to come off. Removing the old sheet, we could catch a glimpse at the inner radome which is covered by the outer radome, the one we changed. Then we put the new radome in place by fixing screws through the holes of the metal ring into the soft radome material.

You have to be very careful not to puncture the new radome sheet. 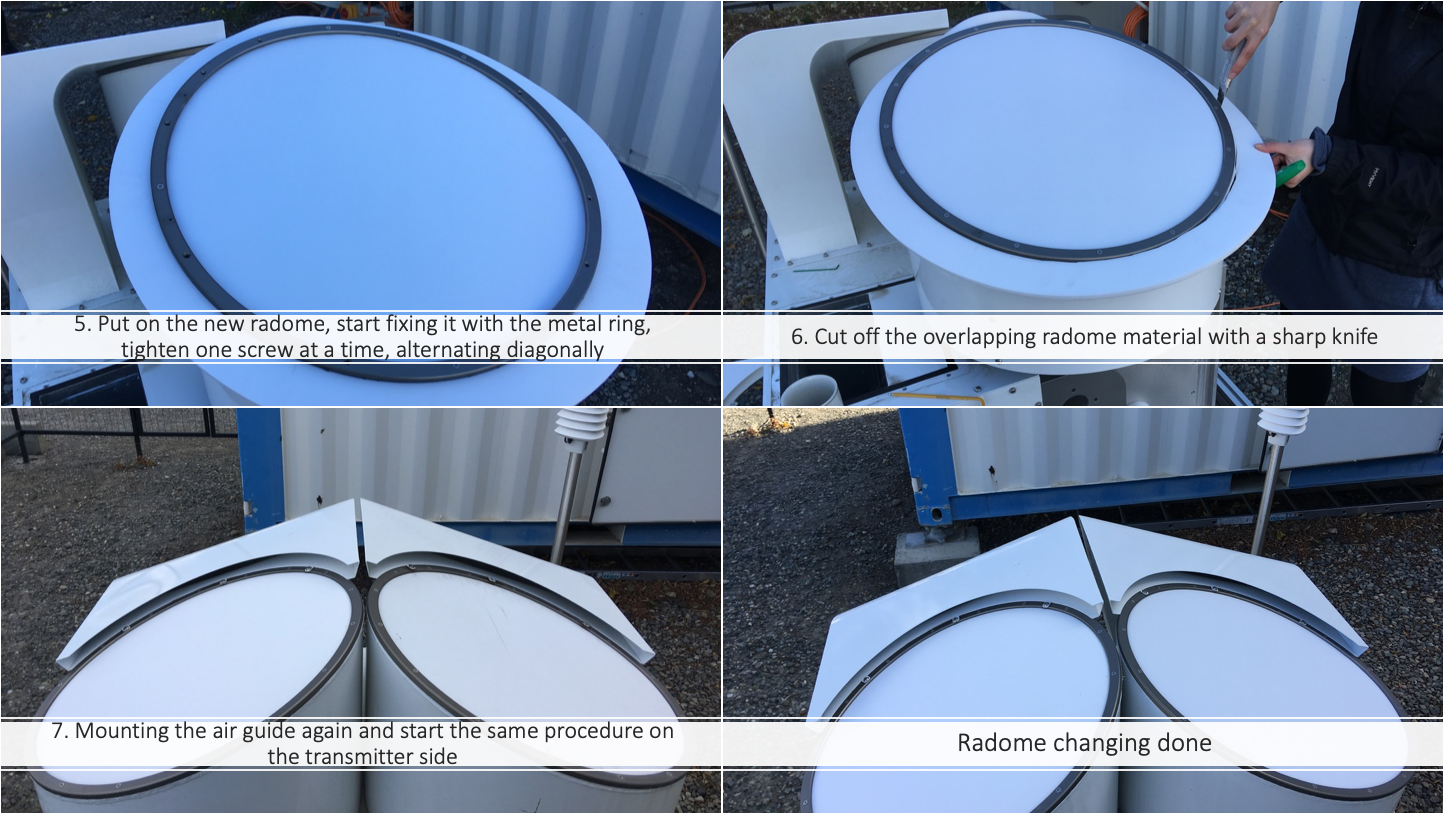 After both radomes were changed LIMRAD94 was switched on again. A short moment of tension before the first data coming in showed that everything was alright. :-)